Average Rating: 5 stars (based on 2 ratings)
Leave A Review

Dr. Jeffrey T. Brodie specializes in the treatment of foot and ankle conditions with a special interest in foot and ankle arthritis and ankle replacement. Dr. Brodie was recognized among Baltimore Magazine’s Top Doc list of 2018 for his excellence in orthopedic surgery. 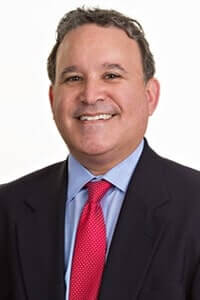 In addition to foot and ankle arthritis, Dr. Brodie provides treatment for a variety of conditions including disorders of the Achilles tendon, flat foot deformities, ankle instability, and nerve compression of the lower extremity. He sees athletes of all levels from recreational teams to the pros.

Dr. Brodie graduated from Emory University with a B.A. He received his M.S. and M.D. degrees from Georgetown University and completed his post-graduate training at Monmouth Medical Center and the Mayo Clinic, Scottsdale. Dr. Brodie is fellowship trained in surgery of the foot and ankle. 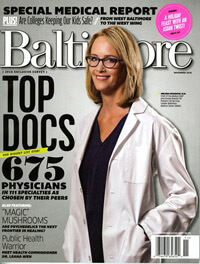 Dr. Brodie, a multi-year recipient of the annual honor, is fellowship trained in surgery of the foot and ankle. He joined Towson Orthopaedic Associates in 1997.

Top Doctor results are based on a Baltimore magazine survey of nearly 10,000 physicians in the Baltimore area, including Baltimore City and the surrounding seven counties, asking where they would send a member of their family in dozens of specialties. Also, recently, the Baltimore Sun featured an inspirational story of an athlete treated by Dr. Brodie.

Congratulations to Dr. Brodie, who was honored in the November 2013 “Top Docs” issue of Baltimore Magazine! Approximately 10,000 physicians throughout the region were surveyed to determine the final “Top Docs” list.  Read More…

I would like to take a moment to thank you for the great job you did repairing the nerve damage. My drop foot is gone and I am doing really well working. I walk over 6 miles a day at my job, so not wearing a foot brace is wonderful. You did a great job.… People are amazed about how well I’m doing. Thanks again Read more “People Are Amazed!”

We Will Always Be Thankful!

Dear Dr. Jeff Brodie & Staff: Bob & I would like to “Thank You!” for all the patience and kindness you had during his ordeal. He was not always the ideal patient. I do apologize for him. Dr. Brodie, thank you for your expertise and the wonderful job that you were able to perform on… that leg. We will always be thankful we found you. Tony, I know you must really love what you do. A patient like Bob puts you to the test. Bless you for hanging in there. Jane Lopez, thank you for the encouragement and little pep talks. Your smiling face at the desk & positive outlook did miracles for Bob’s morale. Thanks again. To the sweet lady that scheduled Bob’s appointments – thank you for all the phone calls you made for Bob’s testing & for making schedules work for us. You are an angel. If I forgot anyone – “Thank-You” also. I thank God for all the new knowledge He gives us, and the doctors and people it is given to… Read more “We Will Always Be Thankful!”

Now I Can Walk Without Pain!

To Dr. Brodie: All I can think of is thank you, thank you, and thank you again. You’re a wonderful person to use your gift as a doctor. To give people like me a better life. Now I can walk without pain. Thank you and may God Always Bless You,

Dear Dr. Brodie: I wanted to take a few moments to write and let you know how right you were with your assessment of my problem and how well you did with the procedure. I am still amazed. I went two years with the problem you worked on and was in considerable pain a good… part of the time. I saw no less than 5 doctors who really didn’t have a clue and seemed to pass it off as part of the pain you may feel with aging. You took the time to listen and probe and felt you knew what was wrong. You gave me a clear picture of what I could expect with each of the options you presented for action. You told me that if I took the course I did that I would probably be relieved of 80-90% of the problem yet still be mobile. You were right on target. Believe me I can live with the few moments of discomfort I sometimes feel. I have to be careful of some things I do—but I can walk and run again and for that I needed to say Thank You. Keep up the good work. May this card find you and yours in good health and happiness. Read more “Still Amazed!”

Dear Dr. Brodie: It was appreciated more than you know. Thanks for “fixing” Rebecca. This is the 1st time in 1 1/2 years that she is pain free! Thanks again.

Dr. Brodie: Thought I would send you a getting well picture of my foot. Healing well, pain more down to 1-2, yea! I’m glad you’re my doctor, have a peaceful day!

Dear Dr. Brodie: I wanted to express a sincere thanks to you for fixing my ankle. I am leaving you this photo of my visit to Egypt as a sign that you have done a fantastic job. Thank you. Sincerely,

Hello Doc (Dr. Brodie): Just a note to tell you that I’m doing well so far. Thanks for all that you have done for me. Please tell your staff “thanks” also. I hope to see you all when I return.

Dancing at My 70th Birthday Celebration!

Here’s a photo of me dancing at my 70th birthday celebration!! Thanks for all you did to make this possible. Sincerely,

I Could Not Have Asked for Better!

Dr. Jeffrey Brodie, I want to say thank you for the care you provided for me during my stay in February 2017. You were very attentive to my care and concerns. The food was very delicious, hot and prepared and delivered well. My stay was brief and I am doing well after my total ankle… replacement. I look forward to seeing you for my appointment and x-rays to see how I am doing so far with the surgery. I could not have asked for better doctors, hospital, staff and care. Thanks again. Read more “I Could Not Have Asked for Better!”

Dr. Jeffrey T. Brodie: Just a note to express my deep appreciation for you going to bat so I could receive a Roll-A-Bout. Trying on my own didn’t help but your help did. I truly appreciate your help. If all doctors were more like you, all patients would care more about their recovery, and want… to get better and well. Thank you again. Read more “Truly Appreciate Your Help!”

With many thanks to you for your kindness & professionalism. Hey Doc (Dr. Brodie), Just wanted to express my thanks for fixing me up. So far, so good! The soreness gets less each day & it’s great to run with my 9-10 girls B-Ball team. Have a great week.

Amazed at the New Life I Enjoy!

Hi Dr. (Brodie): Wishing you all the joy and happiness that Christmas brings! Merry Christmas. Happy New Year. Hope you are doing well, and there is lots of knee business! I am A-ok, and never cease to be amazed at the new life I enjoy, each day, with my knees, thanks to you.

I am So Grateful for this Kind, Smart Man.

Dr. Brodie was the only one to diagnose my problem. After several years of going to many Podiatrist’s for my problem within five minutes he knew I had Tarsal Tunnel Syndrome. He performed surgery and has changed my life forever. No more severe pain! I am so grateful for this kind, smart man.

Dr. Brodie: Thank You for helping me to walk again.

Thank You Ever So Much!

Dear Dr. Brodie and Staff: Thank you ever so much for everything you have done for me over the past six weeks! Everyone has been great and has given me a lot of TLC! I know right where to come the next time I fall off the sliding board and break an arm (ONLY TEASING!!)… Thanks Again. Read more “Thank You Ever So Much!”

Read ALL Testimonials for Dr. Brodie...

Special Note:  We thank you for sharing your experience so that other patients may benefit. By submitting a review of Towson Orthopaedic Associates offices or specialists, you agree to allow us to publish your testimonial on our website and/or social media platforms. Your name will be converted to first name, last initial prior to posting. We request that you do not include any Protected Health Information (PHI) in your review. You further agree that we may edit the testimonial and publish edited or partial versions of the testimonial. However, we will never edit a testimonial in such a way as to create a misleading impression of your views.

There will be no monetary compensation for reviews and Towson Orthopaedic Associates reserves the right to hold reviews for further inquiry.

Posts received during regular business hours may require 1-2 days for processing purposes. Posts received over weekends and holidays will be processed on the next available business day.  Please contact our website administrators to remove reviews. We appreciate your time in sharing your experiences.